"Many generations ago, seven families fled Albania to escape a Turkish invasion. These were royal families and they feared their conquerors would follow. The seven families sailed around the boot of Italy and up that country's western coast. Beaching their boat they began life in a new land.
Then one day, they looked to sea and spotted Turkish sails. Fearful, the seven families moved further into the hills until they came to a large rock. Circling over the rock was a falcon, so they named their town Falconara and built their church upon that rock." That was the legend of Falconara, told Rose Musacchio by her mother while she was growing up on the south side of Chicago. Her parents had migrated to the United States from that Falconara, a tiny mountain village in southern Italy, during the first half of the twentieth century. Strangely, they spoke a rare Albanian dialect in the home--not Italian. Rose always wondered about the story of the seven families, and whether they were "royal" as her mother insisted. She also couldn't understand how a group of people could maintain their Albanian language and culture for five centuries.
Finally, Rose decided to trace her family roots. With her journalist husband, she spent nearly a dozen years on a remarkable odyssey that took her from Chicago to the town of her parents' birth to Albania, as that troubled country emerged finally from communist rule. The following chapter is an excerpt from Falconara: A Family Odyssey," by Rose Musacchio Higdon and Hal Higdon.

THE KILLING OF THE PIG

AMONG THE RITUALS in the village of Falconara, the most significant was the annual killing of the pig. The pig was considered an important possession, usually obtained as a piglet in the fall at the time of the Festival of the Madonna del Buonconsiglio, fattened and guarded until the following year. The killing of the pig occurred after the autumn harvest, just before the onset of winter. Necessity dictated this time for the slaughter, as the fresh pig meat would not spoil during the cold season. No one in the village owned a refrigerator, or even had electricity, until after World War I.
Symbolically, the slaughtering heralded the approach of the holiday season. In reality, the pig's death signified survival. Without the pig, a family would not have meat on the table during the dark part of the year when the cold winds blew down from the north and brought snow to the hills above the village.
For these reasons, the event was anticipated with great excitement by each family, and was carried out with great ceremony. Only the leader of the clan could wield the knife that drew the first blood. In the Tocci family, it was Francesco Tocci, Chico, who slit the throat of the pig each year. By the time slaughtering day arrived, the pig had lived on the bottom floor of the Tocci family home for fourteen months. It had become a pet for the children, and was almost part of the family. The pig could not merely be clubbed over the head and then butchered. Ceremony had to be followed. For this, the men in the family gathered at the pig pen on the ground floor of Chico's home. They gathered solemnly, for this was not a duty to be taken lightly. Uncertain as to why he was suddenly the center of attention, the pig grunted uneasily while the men's dark eyes darted back and forth to ascertain that each of the participants was present and ready. After a moment of somber anticipation, one man nodded his head, ever so slightly. In the flash of an eyelid, so quick that the nod must have been anticipated rather than seen, a rope looped around one of the pig's legs. The puzzled pig was toppled to the ground, squealing in fear and anger as the men bound his legs and carried him outside to the wooden slaughtering tub. As patriarch of the family, Chico did not participate in the tying of the pig. He made his appearance at the side of the tub, wielding a fourteen inch butcher knife which had been honed to razor sharpness. Writhing in its ropes, the squealing pig was held steady as Chico drew the blade firmly across the pig's neck. The blood spurted and then flowed. It was caught in a cup and quickly stirred to prevent it from coagulating. Later it was sent upstairs, where Rosaria would use it to make blood pudding. After the pig was dead, the men lifted it into a wooden basin where they soaked the body with boiling water and scraped the whiskers. Some of the whiskers were made into brushes the men used while shaving. With the possible exception of the pig's hooves, hardly any of the animal was wasted. The pig's rear legs were pried apart and tied to a two-by- four and hung from the ceiling. The man in charge of butchering the pig then sliced the body open from testicles to neck and stripped the meat from the bones. The intestines were cleaned, boiled, soaked in fresh lemon juice, then reboiled and re-soaked and eventually used as casings for sausage. The large hunks of ham would be salted to preserve them. Other parts, such as the feet, would be pickled. The pig's fat was placed in jars to be used in cooking. Meat portions also would be presented to those families not fortunate enough to have their own pig: widows, poor people, the elderly. Any other pieces of meat could be used for barter. Even after death, the pig remained with the family a long time. Spring would come before the last of its remains were thrown into the pot to make minestrone. Chico held his position as family patriarch and pig-slaughterer through the turn of the century. His trips to the New World, and even his brazen behavior with Sera, did not diminish his status in the family but strengthened it.

Then one November in the late 1930s the pig was roped, dumped into the wooden basin, and ready to be killed. Chico was sent for. By then he was over seventy years old but his mustache was still waxed, he had a full head of white curly hair, his eyes were still soft and his manner gentle. Chico could barely walk, but they handed him the knife. This was his honor, and his right. As my grandfather grasped the handle of the knife and moved it to the neck of the squealing pig, his hand shook. For a moment he held the blade against the pig's neck, but in his old age Chico could not find the strength to sink it. Perhaps he could not find the will, faced as he was with his own mortality. Finally, he handed the knife to Domenico De Lossa, the husband of one of Sera's daughters.
"Er di la fine te Chico," Francesco Tocci said. "It has come, the end of Chico."
He could no longer slay the pig, and so the leadership of the family passed on to another. A new generation was about to come of age.

"The Killing of the Pig" is an excerpt from Falconara: A Family Odyssey, by Rose Musacchio Higdon and Hal Higdon, Copyright © 1993 by Hal Higdon Communications, all rights reserved. Autographed copies of this book are available for $16.50 (includes shipping and handling) from Roadrunner Press, P.O. Box 1034, Michigan City, IN 46361-1034. 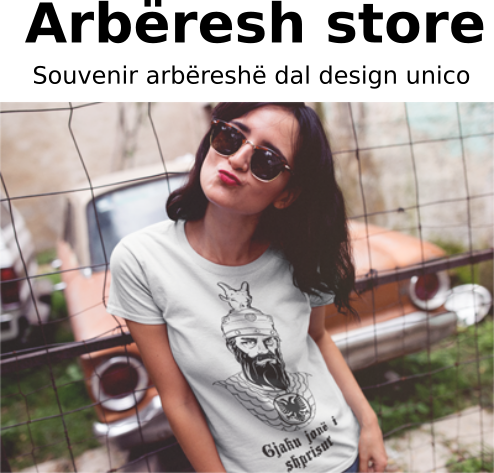